Welcome to South Texas and the Coastal Bend: 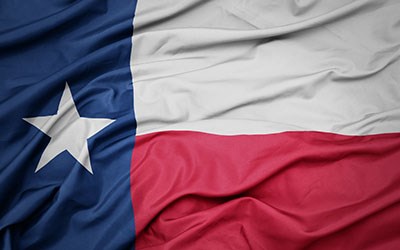 It’s no wonder Rockport, Texas, is celebrated as one of the top vacation hot spots in the entire state. This Texas Gulf Coast city continues to show up on a variety of national “best of” lists, including in the #4 spot on USA TODAY readers’ selection of the country’s 10 best coastal small towns

The publication pointed to Rockport’s vibrant downtown scene, with streets populated by art galleries, great shops and restaurants — features often mentioned on others’ “top” lists. And no discussion of this city or Aransas County in general would be complete without talk of the incredible fishing, hunting, water recreation and other outdoor adventures amid natural beauty.

These are just some of the reasons we at United Country Real Estate | Coast to Coastal love South Texas and the Coastal Bend region, and we think you’ll love it here too. Let’s take a closer look at Rockport and the surrounding areas.

Rockport, the seat of Aransas County, was founded in 1870 and has been a favorite coastal destination for Texans ever since. The city reportedly earned its name from the rock ledge below its shore, and it began as a shipping port for processed beef cattle.

By the 1880s, boat building and fishing became big business in Rockport, and in later years the shrimping industry boosted the city even more. Resorts popped up and tourism flourished.

Today, Rockport is popular among retirees, vacationers and long-time residents alike. Its population is fewer than 11,000 as of 2021 — a significant part of Aransas County’s roughly 24,000 residents.

The summers can be quite hot, but the weather in Aransas County is generally temperate and winters are mild. This allows for a wide range of seasonal events year-round. From the Fulton Oysterfest in March, to the Rockport Wine Festival in May, an area art festival in July, and the HummerBird Celebration and the Annual Rockport-Fulton Seafair in the fall … there’s plenty to see and do.

If history is your passion, check out the Texas Maritime Museum to learn about the development and history of the state’s offshore oil industry, maritime communities and fishing culture. Or head to the Fulton Mansion State Historic Site for a glimpse into the life of a wealthy family here in the late 1800s.

Fine art enthusiasts will want to stop by the Rockport Center for the Arts, where the focus is on art exhibits, live theater, culinary classes and other events to promote art education and the city’s status as a major art destination.

Coastal Bend: Recreation on the Water, Fishing and Hunting

Great year-round weather in the Coastal Bend means endless recreation on the water. Boating is popular, with public ramps and piers at places such as Cove Harbor and Fulton Harbor, while kayakers and paddle boarders prefer Little Bay, Howard Murph Park or multiple other launch areas. The go-to spot for relaxing on the beach, swimming or picnicking with the family is Rockport Beach, Texas’ first “Blue Wave Beach,” noted for its cleanliness and safety.

Sometimes the term “fishing paradise” gets overused, but not here. Anglers of all experience levels will find their favorite places to drop a line in the county … and the options are eye-opening. There’s Redfish Bay near Aransas Pass; the Fulton Fishing Pier (renovated in spring 2021 with green LED “fish-attracting” lights); Copano Bay; and Aransas Bay … and that’s just a sampling. Whether you’re reeling in redfish, flounder, speckled trout and drum closer to shore, or boarding an off-shore charter boat in search of mahi-mahi, sailfish and red snapper, you’re sure to have a good time.

If you’re more into recreation on the land, the Rockport-Fulton area offers abundant hunting opportunities, both from outfitters and self-guided. The coastal topography makes for prime duck and waterfowl hunting, while dove and quail can be found upland. Whitetail deer, wild turkey and feral hogs are also prevalent. 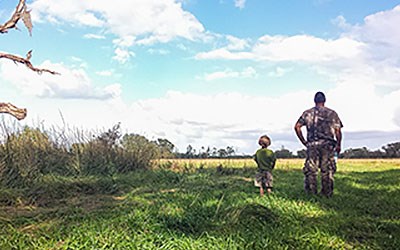 Birding, Biking and Hiking on the South Texas Coast

One of the best aspects of being surrounded by natural beauty is taking the time to move within it and to admire it. Aransas County has numerous parks, preserves and other sites made for exactly that.

Birdwatching (er, “birding” to the true hobbyist) is huge along the Texas Gulf Coast. Goose Island State Park is a top spot for birding, as well as camping and sightseeing.

Aransas National Wildlife Refuge is the place to see giant, protected Whooping Cranes as tall as five feet, along with other wildlife. This region is part of the Great Texas Birding Trail, so you’re bound to see pelicans, egrets, herons, spoonbills and a whole lot more just by exploring.

There’s nothing like a little exercise in the great outdoors to take in the scenery and get invigorated. Check out Tule Creek Hike and Bike Trail or Memorial Park in Rockport to get started, and then click around the Aransas Pathways website to discover new spots for recreation. Welcome to Rockport and Aransas County on the South Texas Coast!

Sea-A-Bration "Love is in the Air"